How To Buy Ethereum in Australia - 2019 Guide 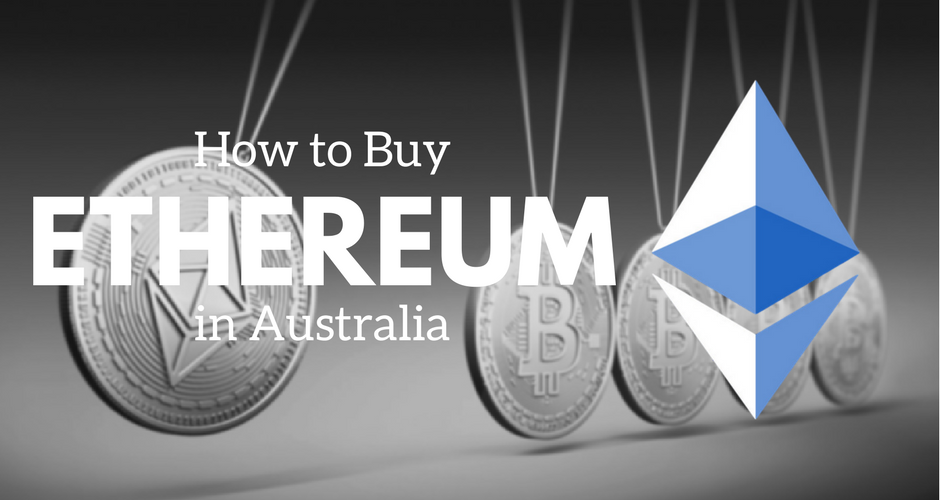 Although Ethereum may only be the second largest cryptocurrency by overall market cap in the world, it is still extremely popular. Due to the ever increasing awareness for cryptocurrencies, more and more Australians want to know how to buy Ethereum.

If you live in Australia and if you would like to get your hands on some Ethereum, then there is a very simple way to do this. However, before we get to that, you should read this quick guide to Ethereum to help you understand the second largest cryptocurrency.

Where To Buy Ethereum

The single best way to get Ethereum in Australia is to use the CoinSpot exchange. CoinSpot allows you to purchase Ethereum anywhere, on any device, at any time, so essentially you could have Ethereum in your mobile wallet within a few minutes. Here is how to buy Ethereum on CoinSpot.

After your account has been set up and verified, and your funds have cleared into your account, then you will be able to start purchasing Ethereum. Just click Buy/Sell in the top menu, then Buy ETH, then enter how much Ethereum you would like to buy (if you enter an amount of Ethereum, then the price will automatically show how much that is in AUD, and vice versa).

Ethereum is a cryptocurrency that is very similar to Bitcoin, however, it has a few major differences. Like Bitcoin, it is a completely digital and decentralized currency that can be accessed by anyone with an internet connection. However, Ethereum has not been around as long as Bitcoin has, and it serves purposes which are slightly different than Bitcoin.

Ethereum was created by a Canadian programmer named Vitalik Buterin in the year 2013. Ethereum was largely inspired by Bitcoin. However, Buterin created Ethereum to go beyond the parameters of Bitcoin. Vitalik Buterin was named a Thiel Fellow and was awarded $100,000 as a prize for creating Ethereum.

What is the Core Purpose of Ethereum?

Ethereum serves both as a cryptocurrency/digital unit of exchange and also as a platform which allows developers to launch ICOs and decentralized apps (DApps). Ethereum can allow ICOs and DApps to be easily launched on its blockchain.

This is because it was specifically designed to allow developers to create so called “smart contracts” for the Ethereum blockchain using a programming language called Solidity.

Through Solidity, programmers can create digital contracts which automatically enforce themselves. These contracts make it possible for ICOs and DApps to be placed on the Ethereum blockchain and to run independent of a centralized authority such as an app store or major securities exchange.

The vision of Ethereum proved to be immensely popular and that is why Ethereum currently holds the number two spot in terms of overall market cap size. Ethereum’s market cap size is currently roughly $37 billion.

How is Ethereum Different From Bitcoin?

Also, unlike Bitcoin, Ethereum does not have a “hard cap.” This means, that as of the present moment, there is not a limit to the amount of Ethereum that will ever be created. Bitcoin has a maximum limit of 21 million coins.

The amount of Eth that can be mined is limited to around 18 million per year. However, as of right now, there is no protocol that prevents new Ether from being mined every year. Hypothetically, an infinite amount of Ether could be mined, as long as no more than 18 million are mined per year.

The fact that Ethereum does not have a hard cap on the amount of Ether that can be created makes it extremely different from Bitcoin and from other cryptocurrencies such as Litecoin.

Litecoin, the fifth largest cryptocurrency by overall market cap has a hard cap of 84 million tokens. Because Ethereum is not hard capped, it means that it will not be as scarce as other cryptocurrencies which do have a hard cap.

Scarcity is often a highly relevant factor in terms of price and it is part of the reason why gold is so valuable.

Ethereum is also different from Bitcoin in that the identity of its founder is known. The identity of the founder of Bitcoin is still very much a mystery.

The only thing that is known about the identity of the founder of Bitcoin is the alias, Satoshi Nakamoto, which is what the person or group used on the original Bitcoin white paper.

What are the Pros & Cons of Ethereum?

Like Bitcoin and many other cryptocurrencies, Ethereum represents a groundbreaking technological advancement for currency.

Ethereum does not require any government or central authority for regulation and maintenance. Ethereum miners do all of the hard work of preserving the integrity of the Ethereum blockchain and they are paid in Ether to do this. So, a major pro of Ethereum is that it is a new technology which could potentially become more and more heavily used in the future.

Because it is optimized for smart contracts and DApps, there is also a significant chance that Ethereum could become the platform of choice for programmers who want to launch DApps and ICOs on a blockchain. It already has been building a strong reputation for itself in this capacity since its inception.

Ethereum also has a strong team behind it and many people believe that Vitalik Buterin is one of the most brilliant minds in the cryptocurrency space.

So, many people who invested in Ethereum at the early stages experienced tremendous returns. The price of Ethereum could continue to rise. However, it is uncertain if this will actually happen.
This brings us to one of the major cons of Ethereum: volatility. Volatility is something that is associated with nearly every cryptocurrency (except the stable coins), and Ethereum is no exception. For example, after Ethereum experienced its high price of $1,400, it shot back down to around $400, losing around $1,000 in price in around three months. So, any investors who bought in at the $1,400 mark lost a significant portion of their investment if they did not sell within a short period of time.

A lot of cryptocurrency fundamentalists believe that part of the main value of cryptocurrencies is that they can be resistant to inflation because they cannot be infinitely created like fiat currencies. It seems, however, that this principle does not exactly apply to Ethereum. So, the lack of a hard cap could be a drawback for many people.

However, Vitalik Buterin has been speaking out publicly about a desire to create a hard cap for Ethereum. However, because his public comments about this were made on April Fool’s Day, there is widespread speculation about whether or not he was serious.

This is yet to be determined. For now, however, Ethereum has no hard cap.

Ethereum, like a lot cryptocurrencies is a new and exciting innovation and the future looks bright for the platform. Should you choose to invest in Ethereum, make sure you fully understand the risks associated with investing in cryptocurrencies – as you most likely know by now, their prices are extremely volatile and can fluctuate as much as 30% or more in a single day. We fully recommend CoinSpot as a place to obtain your Ethereum, it’s rated as our best exchange in Australia (see here for our complete guide).